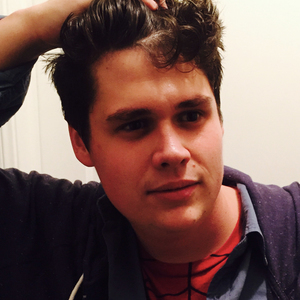 I was born in Bergen county, New Jersey and raised on a healthy combination of Springsteen albums and 80s pop culture. As a small child I would spend most of my time recapping the adventures of my favorite heroes to anyone who wouldn’t walk away.

Then one day when I was slightly older than I care to admit, I learned that Gotham City was in fact not a ‘real’ city. Harrison Ford was just an actor, not a scruffy-looking nerf herder who had saved the galaxy and radioactive spider bites are pretty damn hard to come by. I was obviously devastated, but then I had an epiphany - They all had to come from somewhere, or more appropriately - someone.

So my list of heroes started to grow - names like Bob Kane, Stan Lee, Steven Spielberg, Joe Dante and Robert Zemeckis. They were the people who made the impossible possible.

Bukowski said, “Find what you love and let it kill you.”

So a couple years ago I flew out to LA to write & make movies. I’m still kickin’.